Rise of the internet of thingbots

Can the blockchain enable IoT devices to become economically independent?

What we picture when thinking of machines overreaching at our expense are humanoid robots, not fridges, trucks or sensors. However, the reality of these humdrum props of everyday 21st century life becoming autonomous looks much more imminent than most of us would think.

This is thanks to the cross pollination of emerging digital technologies such as the blockchain, AI, the IoT, machine learning, cryptocurrencies and the like. The freshly minted acronyms can still seem ambiguous. “A-IoT”, for example, can be read as both a cross between AI and the IoT, or as the autonomous IoT marrying the internet of things with the blockchain.

Blockchain and the IoT

What does the blockchain have to offer the IoT?

Security is a major stumbling block in the adoption of the IoT. Churning out inexpensive sensors is easy enough but preventing them from becoming vulnerabilities in a complex private network is a costly affair that many businesses are dismissive of.

Being an immutable ledger that integrates well with the most recent cryptography innovations for data transfer and transactions, blockchain can bring the kind of security to the table that the IoT so badly misses.

It can also provide the kind of interconnectivity between IoT devices that presents a great difficulty when it comes to the integration of disparate protocols.

But even more relevant to machine autonomy is blockchain’s capacity to enable devices to share and exchange information securely and submit payments using cryptocurrencies. This way machines can acquire economic independence, make payments without human intervention, search suppliers, compare their offers and even negotiate – in a word: trade.

Use cases for merged IoT and blockchain

The first type of bond the two technologies are forming is a “marriage of convenience”. Although there are plenty of mobile apps to make refilling a fuel tank or paying for parking seamless, freeing drivers completely from the faff these repetitive tasks involve can have an irresistible appeal. Even more so for long-haul truck drivers, or owners of the kind of electric vehicles that will supposedly be on our roads in huge numbers within a couple of years.

In association with Commerzbank, Daimler ran a pilot last year to find out how trucks can be given a digital ID matching their registration number, as well as a digital wallet. Real money was added to the truck wallet, in the form of encrypted e-euros as opposed to other autonomous payment systems which typically use their own digital tokens.

The millions or even billions of sensors and other connected devices spanning the IoT generate an awful lot of a highly valuable data. And adding blockchain into the mix is a perfect way to monetise this data. The Berlin-based MXC Foundation, for example, is a data market where IoT devices in households and smart cities can generate revenue streams with the data they can send over a LPWAN network.

One potential transaction taking place on this data market can be between a researcher buying data for their study from smart city censors with the MXC token, the same currency that devices can autonomously pay with for network use.

But the most compelling blockchain-IOT use case comes from the up-and-coming renewable energy sector, where great strides have been made in terms of connecting energy sources such as solar panels and wind turbines with storage units in order to balance the grid.

Wedded with the blockchain, the IoT can also enable peer-to-peer (P2P) markets where households in the same location can buy and sell energy. One example of this is seen in New York, where LO3 Energy’s XRG or other tokens can be used alongside renewable energy certificates – without the intervention of a central or distributed authority. In another example, two years ago British energy company Centrica PLC started a blockchain trial on LO3’s ‘Exergy’ platform of a Local Energy Market project, to test a range of energy transactions including multi-party trading across 200 business and residential participants.

Unlike with informational layers on the blockchain, where cryptocurrencies have mostly been removed from the system, transactions between economically autonomous devices typically introduce proprietary cryptocurrencies – mostly tokens – as a fast and cheap medium of value exchange. This trend, together with the spread of micropayments increases the use of the blockchain so much so that cryptocurrencies could eventually become as widespread as cash in the long run.

Legacy institutions are taking note of the potential that an emerging machine-to-machine (M2M) economy can present, too. The University of Nottingham has launched a three-year project funded by the EPSRC (Engineering and Physical Sciences Research Council) to explore whether users of connected devices are ready to hand things over to A-IoT.

It is, however, uncertain that smart homes, cities, enterprises and factories will find that the benefits of M2M – convenience, speed, revenue – outweigh the trust, data privacy and cyber-security issues it brings. Or to put it more simply, can you trust your fridge to order products lower in sugar from the supermarket, just because your toothbrush told it to after measuring your blood sugar? 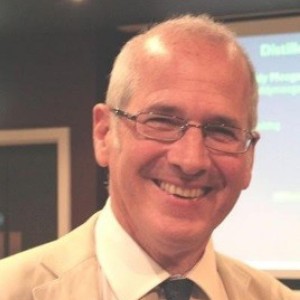