New kids on the blockchain block

If we reflect on the original purpose of the internet, it was to provide global access to data and communications. Free to use and decentralised by design, it provided the perfect platform to share research and to maintain global defence and surveillance.

Fast forward to 2018 – have we drifted too far from the worthy intentions of its creators?

Whether it’s Facebook, LinkedIn or TFL, our personal information is being stored and monitored. Websites monetise our data, sometimes without our permission. And what if the data is lost or stolen? Combine this with biometrics data mining, and our personal safety in jeopardy.

It is the “Big Brother”-esque, constant surveillance that worries Michael Messele, one of the founding members of Pillar. He wants to see a world where we take back control and decide what we do with our data.

“We’ve lost the right to our privacy. I want to be able to choose what happens with my data…If I want to monetise it, then let me monetise it,” he says.

Starting with an open-source wallet to store, transact, and track cryptocurrencies and tokens, the Pillar Wallet will evolve into a decentralised, personal data-management platform – the “Personal Data Locker” – where you have complete freedom to share or restrict access to your data as you wish.

Personal Data Locker – giving back control to the individual

The ethos behind the Personal Data Locker, Michael explains, is “everyone has to go through me to get my data through leveraging the blockchain (a shared ledger that lets us transact safely without a middleman) and using cryptography.”

The idea developed from fellow founder and pioneer David Siegel’s prophetic fourth book, Pull. Written in 2010, David not only foresaw the massive problems that would come with data collection, but describes a future with no apps and the formation of the Personal Data Locker at the centre of people’s lives. “This personal data — digital data created by and about people — is generating a new wave of opportunity for economic and societal value creation,” David writes.

The start-up has gained fast momentum, raising $ 21 Million in Ethereum during their ICO in July 2017.

Interestingly, Pillar has no shareholders; it’s a foundation registered in Switzerland, which secures its neutral stance.

As teams go, they’re diverse as they get, comprising a mix of personalities, skillsets, cultures, socio-economic backgrounds and nationalities. Founders David, Michael, Robert Gaskell and Tomer Sofinzon are joined by a group of global volunteers, from 13 time-zones. Michael highlights that diversity is key to tackling the many challenges that arise in a startup. “The more diverse you are, the more innovative you can be as a company,” he states.

Pillar’s vision is to revolutionise the way we exchange, share and consume data in the 21st century through blockchain. Not just for us, but for future generations.

Michael sees this not so much about technology, but more about changing habits.

“We have to stop talking about blockchain as a technology but more about how it can improve our everyday lives,” he adds.

Tim Berners-Lee once said, “There was a time when people felt the internet was another world, but now people realise it’s a tool that we use in this world.”

Could we trade the word ‘internet’ for ‘blockchain’ now?

Pillar believes we can.

This article was originally published on TEISS.co.uk 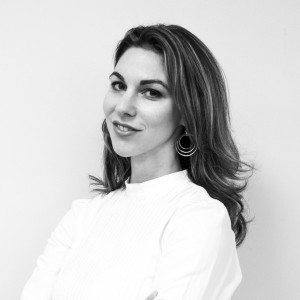 It’s time to deliver on the promise of IoT security

Is customer empathy missing from the technology industry business model?

The expert view: Accelerating the journey to the cloud